how do we heaR? 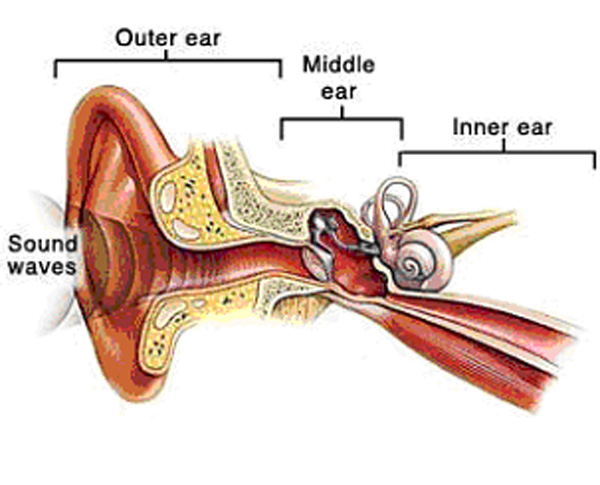 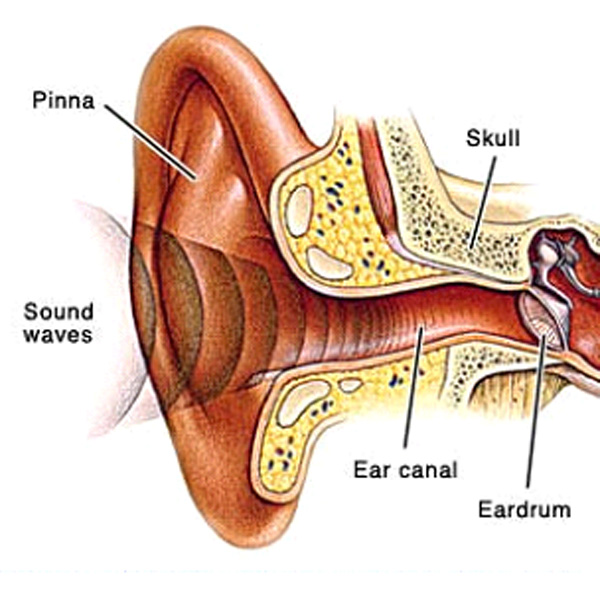 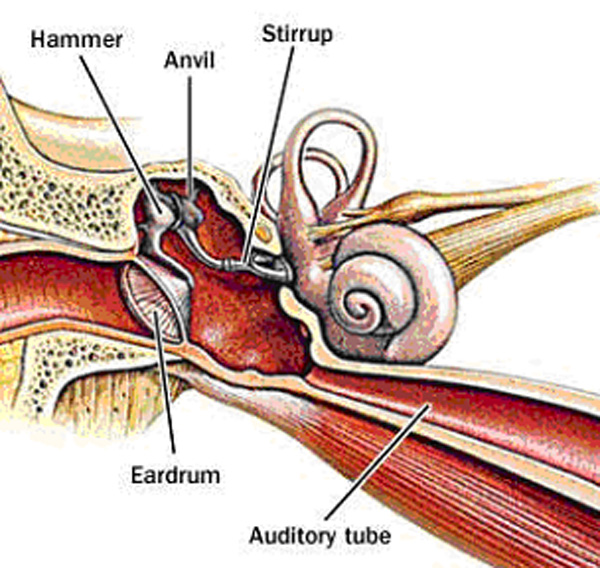 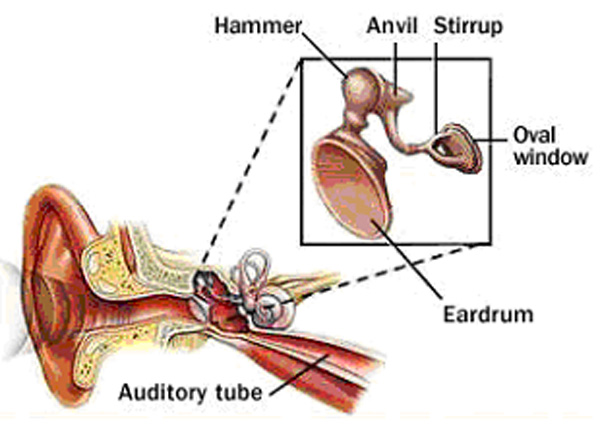 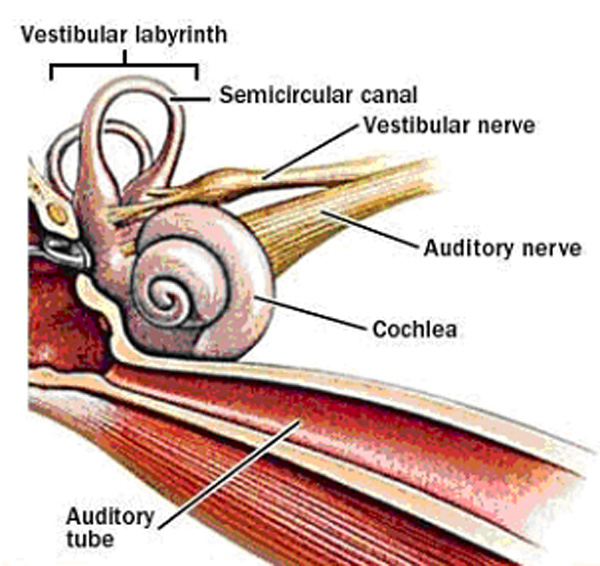 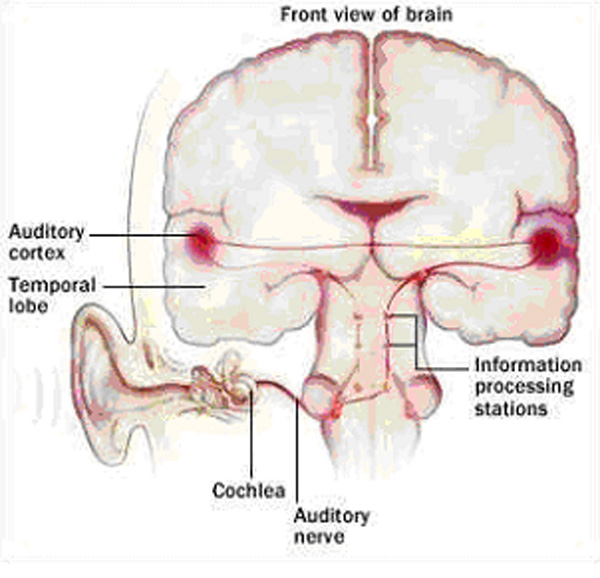 is a complex process, which involves travelling of sound through the ear canal to the eardrum causing it to vibrate. These vibrations are transferred to three small bones (malleus, incus and stapes) in the middle ear. When the stapes vibrates, it causes movement of the fluid in the inner ear which stimulates the sensory cells for hearing. Stimulation of these sensory cells generates an electrical signal which travels to the brain via the auditory nerve. This is how we hear.

The human ear can be functionally divided into four main sections: the outer ear, the middle ear, the inner ear, and beyond the inner ear (retro-cochlear).

The outer ear consists of the external ear (pinna), the ear canal (external auditory meatus) and the (tympanic membrane). The pinna collects and directs sounds down the ear canal and carries it to the eardrum causing the eardrum to vibrate.

The middle ear consists of an air-filled space between the eardrum and the inner ear. It is connected to the back of your nose and upper part of your throat by a narrow channel called the Eustachian tube. This tube is normally closed but opens briefly with yawning and swallowing. This periodic opening maintains equalization of the air pressure between the middle ear and the outside air pressure. Equal pressure on both sides of the eardrum allows it to vibrate normally.

The middle ear cavity contains three tiny bones — the hammer (malleus), anvil (incus) and stirrup (stapes). Sounds travel down the ear canal and strike the eardrum, causing it to vibrate. These vibrations are then transferred through the ossicles (the tiny bones) to the “cochlea” (inner ear). Sound sets this whole structure into vibration, transferring sound energy to the fluids and tissues of the cochlea.

The inner ear is comprised of two functionally separate sections:
the vestibular or balance part and the cochlea, which is the hearing part. The vestibular labyrinth consists of three semicircular canals that connect to one another and control the sense of balance.

The fluid-filled, snail-shaped cochlea begins at the oval window. Sound vibrations from the oval window travel into the fluid of the cochlea, where tiny hair cells convert the vibrations into electrical impulses. The auditory nerve transmits these impulses to the brain.

Travelling To The Brain

Electrical impulses travel through the auditory nerve to various information-processing centres within the brain. These stations process the sounds to determine their origin. The impulses end in the auditory cortex within the temporal lobe. There, the brain sorts, processes, interprets and files information about the sound.

You have an auditory cortex within the temporal lobe on each side of your brain. Signals travel between the right and left temporal lobes. The comparisons and analyses of these signals help suppress background noise and allow you to focus on the sounds you want to hear.

How Can We Help You?